Most of us take it for granted that when we arrive at an Emergency Department we will be interviewed by a nurse who makes an assessment of how urgent our condition might be. This is known as triage: determining which patients need to be seen in what order. 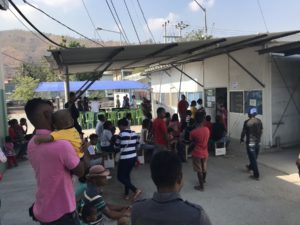 The government health centres in which we work see hundreds of patients without a triage system in place. Patients are simply seen in order of arrival which means a sickly child dying of pneumonia might wait many hours before being seen by a nurse or doctor. This problem was recognised by our partners in the Ministry of Health and they invited Maluk Timor to establish a triage system in their health centres. Led by Nurse Lauren, our team of nurse trainers designed a coloured card system and spent several months implementing it at one of the larger health centres. The health centre nurses were trained and mentored, and fairly soon the system was humming along. A key component of the system is the recording of vital signs (pulse, temperature, blood pressure, etc), which had only been done erratically in the past. Another key element was the measuring of all children for malnutrition: we found that 19% of the children attending had either moderate or severe malnutrition, and we were able to refer these children for nutritional support and education (aided by our Malnutrition Program). Additionally, by intentionally screening everyone for chronic cough the numbers of patients identified with TB also increased. And of course the sickest patients were seen most urgently. 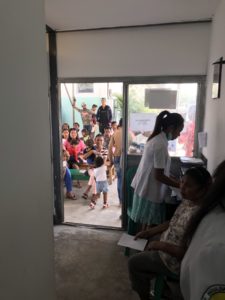 This project was considered a roaring success and is now being rolled out in another centre. We are hopeful of reaching another three centres in 2019, which would mean that all of the Dili hinterland is covered. This means that in time, we will have transformed the way in which almost a third of the population access primary care. Ultimately it will become the template for health centres across the entire nation. This is an example of how Maluk Timor operates: working within and alongside government facilities and programs to improve the quality and reach of those services.

We are advancing quality health care in Timor-Leste, and it’s only possible because of you.